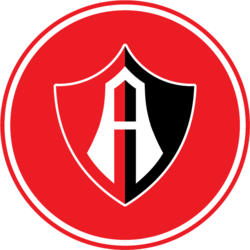 What is Atlas FC Fan Token

Fan Tokens allow fans across multiple sports verticals to exercise their share of influence within their favourite teams/leagues/clubs. Through Socios.com, fans are empowered to participate in certain club decisions, for example, choosing a goal celebration song in a football stadium, choosing which fighters should go head to head in MMA, and more. Thanks to Fan Tokens, holders receive access to once-in-a-lifetime experiences such as player meet and greets, training day events & much much more.

The growing list of partnerships launching their Fan Tokens on the Socios.com platform includes some of the biggest sporting organizations in the world such as FC Barcelona, Inter Milan, AC Milan, Manchester City, UFC, ROUSH Fenway Racing, Aston Martin, just to name a few.

There is no guarantee that In 5 years, ATLAS would still even exist. Another faster and cheaper blockchain might capture the majority of developers, users, and capital. Or some critical failure of ATLAS might derail its progress.

Because the probability of guessing the winner is low, it's better to use a portfolio approach and buy all possible contenders, including ATLAS.