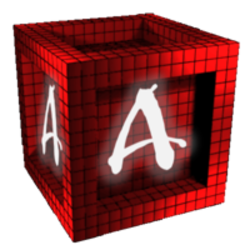 What is Aspire (ASP)?

Aspire is a decentralized asset solution platform that allows users to create their own digital assets and tokens without the need of developer help. The first asset created on Aspire is named ASP. ASP is the native utility asset used on Aspire to create new assets and tokens. At the time of writing, 10 ASP is charged as the fee to create a custom named asset or token. This creation fee may be lowered or raised if necessary, in order to keep asset creation inexpensive for Aspire users. In the future ASP will be used as the fuel for smart contracts.

In addition, all transactions on Aspire require a small amount of gas known as GASP. Aspire's platform runs on the proof-of-work “gAsp” blockchain where all transactions and assets are recorded. Aspire’s gAsp blockchain utilizes advanced checkpoints. This advanced security feature protects all Aspire assets and tokens from 51% mining attacks and double spending.

Aspire’s open-source project was built from redesigned legacy Counterparty software. By replacing the Bitcoin blockchain with the gAsp blockchain, Aspire can perform transaction fees to the amount of .00000001 Gatoshi per byte. This results in over 300k Aspire transactions per GASP. The gAsp blockchain also has 4MB sized blocks to allow for more transactions while supporting a block time average of 2 minutes.

More features will be added to Aspire Wallet in 2021.

How Many ASP Coins Are There in Circulation?

Aspire launched its mainnet on July 4th, 2020 with 1 billion ASP tokens created at genesis. No additional ASP will ever be created. ASP is fully premined and Aspire Technology Inc sells tokens to exchanges as they are needed by community demand.

45% equal to 450 million ASP was allocated to Aspire Technology Inc, these ASP are locked.

21% of the unsold ASP from the crowdsale were airdropped to bCommerce labs authorizing 52,000,000 ASP into circulation.

20% equal to 200 million ASP was allocated to founding members, these ASP are locked.

10% equal to 100 million ASP was allocated to external development, these ASP are locked.

All coins not sold or allocated from the crowdsale are unlocked at 12.5 percent quarterly beginning December 30, 2020.

Who Are the Founders of Aspire?

Jim Blasko is a blockchain developer and crypto pioneer known for mining Bitcoin in late 2010, and developing early altcoins such as UnbreakableCoin, Voxels, eBoost, and X-Coin. Jim is the founder of Bitcoin Talk Radio, and Cryptos.io. He has taken roles on other teams including Lunch Money, Talent Joe, FLASH, NetCoin, PIVX, Jewelz, Guardium, Neutron, and Minex. In 2013 Jim teamed up with Michael Terpin to launch bCommerce Labs, a blockchain incubator. Jim is actively found at Bitcoin conventions as a speaker and is now leading Aspire.

Michael Terpin is founder and CEO of Transform Group , whose divisions include Transform PR, a global public relations firm that has served more than 200 clients in the blockchain field and helped launch more than 100 ICO’s, including Aeternity, Augur, Dent, Ethereum, Factom, Golem, MaidSafe, and Neo; Michael is also the founder of CoinAgenda, a global event series for cryptocurrency investors and blockchain innovators since 2014 and Transform Strategies, the company’s advisory division.

How is the Aspire Network Secured?

Aspire and the assets/tokens created on Aspire are secured via proof-of-work mining on the gAsp blockchain. The gAsp blockchain is protected by checkpointing every block preventing 51% attacks and double spending on the Aspire platform.

Aspire improves on speed, cost, and security for creating both fungible and non-fungible digital assets and tokens.

Easy to use - Aspire allows anyone to create assets/tokens in under two minutes.

Cost Efficient - 1 GASP allows more than 300,000 transactions of any Aspire asset/token created on the Aspire platform making it the most cost-effective platform in the world.

There is no guarantee that In 5 years, ASP would still even exist. Another faster and cheaper blockchain might capture the majority of developers, users, and capital. Or some critical failure of ASP might derail its progress.

Because the probability of guessing the winner is low, it's better to use a portfolio approach and buy all possible contenders, including ASP.