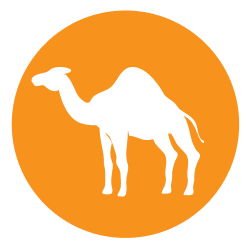 Arabic Cash is the world's first independent decentralized financial instrument based on loans and deposits backed by Arab capital. It aims to attract new investments in the development of the digital economy of the Arab world.

Recently, excessive bureaucracy and complex financial monitoring of the Eastern region, like a giant dam, have blocked investment flows from all over the world. Arabic Cash is now ready to make a difference. Now any inhabitant of the planet can invest in the rapidly developing countries of the Eastern region. All investments accumulate in the decentralized Binance Smart Chain - the most reliable and profitable e-commerce platform to date.

With Arabic Cash technology, the world will have revolutionary tools for doing business. The official ABIC token allows you to make money transfers in large volumes, which is now necessary for business in the Arab countries. The ArabicSwap Decentralized Exchange allows you to preserve assets and generate passive income that no other bank can match. And the CryptoBank phenomenon will solve the global issues of lending to large financial sectors without the participation of intermediaries.

All of this will eventually turn into a large-scale financial ecosystem that can become a real phenomenon in a rapidly changing world.

There is no guarantee that In 5 years, ABIC would still even exist. Another faster and cheaper blockchain might capture the majority of developers, users, and capital. Or some critical failure of ABIC might derail its progress.

Because the probability of guessing the winner is low, it's better to use a portfolio approach and buy all possible contenders, including ABIC.