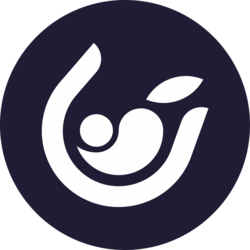 APWine is a protocol to trade future yield. DeFi user can deposit their interest bearing tokens of other protocols during defined future periods and trade in advance the future yield that their funds will generate.

APWine tokenises the future yield leveraging two types of tokens in that process:

Future Yield Tokens (FYT) (ERC20): They represent the future yield generated by an asset on one platform for a defined period. For example, one 30D-AAVE-ADAI-0 represents the yield generated by 1 ADAI (a.k.a. one DAI deposited on AAVE) during the first 30 days period. APWine features a dedicated exchange for users to sell and buy FYTs.

APWINE IBT (ERC20): The APWine interest bearing token. At any moment its holder can withdraw the corresponding depositing funds from the APWine protocol. APWINE IBT holders will receive an amount of FYT proportional of to the amount they hold (for the future the ibt corresponds to). One 30D-AAVE-ADAI represents one ADAI deposited to the ""30D-AAVE-DAI"" future.

There is no guarantee that In 5 years, APW would still even exist. Another faster and cheaper blockchain might capture the majority of developers, users, and capital. Or some critical failure of APW might derail its progress.

Because the probability of guessing the winner is low, it's better to use a portfolio approach and buy all possible contenders, including APW.