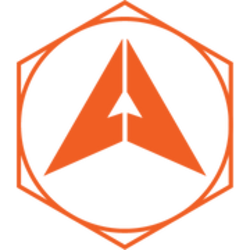 April is an ultra fast blockchain oracle focused on the emerging internet of blockchain world. Current oracles in the market are too slow to provide for applications which require super fast real world data on-chain in a trustless manner.

The world is entering an era of interconnected blockchains where millions of smart contracts will reside and interact with each other creating an Internet of blockchain. This new “Interchain” layer is where most of the world’s economic value will be tokenized, traded, refined and utilized. This second generation internet is already taking shape and April is positioning to become a major node in this emerging techno/economic space. We believe the changes which are coming will be far more fundamental and rewarding than those experienced during transition to the first generation internet.

April aims to build a more valuable world. We do this by providing smart contracts with the high speed data they require to execute efficiently thereby creating value for their users, whether consumers, businesses or governments.

There is no guarantee that In 5 years, APRIL would still even exist. Another faster and cheaper blockchain might capture the majority of developers, users, and capital. Or some critical failure of APRIL might derail its progress.

Because the probability of guessing the winner is low, it's better to use a portfolio approach and buy all possible contenders, including APRIL.