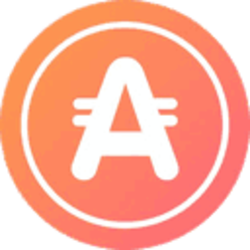 AppCoins is a protocol for the App Economy created by the Aptoide App Store, and the first ICO serving 200 million users with the goal of creating a trustworthy economy without intermediaries. The AppCoins project was designed to foster innovation in technology. To create a universal digital advertising protocol for mobile devices, the developers at Aptoide designed AppCoins. AppCoins is an application-specific token which was designed to create a universal digital advertising protocol for mobile devices. It can be used to incentivize behavior which can then be used to raise money for the development of an app. Aptoide is the 3rd biggest app store with a with over 4 billion downloads and 1 million Apps. WIth over 230,000,000 users, apps and support in 40 languages, more than 2.8 billion downloads, the cryptocoin can revolutionize how people use mobile technology and applications.

AppCoins will bring in a range of standard protocols to be followed by all developers to advertise their games or apps in the app store.The “AppCoin” ERC20 token will bridge the gap between the advertisers and the users. A user earns 85% from every advertising investment that goes inside the app store. The user has to then use those coins to buy items (in-app purchases) inside the apps and games, thus, generating the return of the investment to the developers.

Most industry enthusiasts believe that the immediate forecast of AppCoins price trends leans towards the downward slope. It is expected to be priced at an average price of ~$0.191 for a long while, with a few minor fluctuations.The trend is however, expected to stabilize at this point until Aptoide as a platform gains traction within the mobile usage industry.

Once the ROI of the Aptoide platform starts multiplying significantly due to an increase in the number of users and developers on the network, the price will increase significantly and will correspond to good returns for investors.

AppCoins is an innovative concept with a tidy site that conveys the underlying ideas well. As described above, investment in APPC is a favorable option for both developers and users. However, it is evident that the returns of the AppCoins’ solution are directly proportional to the development of the relationship of the App-store and the OEMs in the ecosystem. Thus, the amount of profit or returns gained by a trader will be a function of the ROI which the platform develops and its reputation in the crypto space.With almost 50% of the APPC coins in circulation as of July 2018, users have a good opportunity to buy them. However, it should be noted that it does not form a good investment option for a short period of time.

There is no guarantee that In 5 years, APPC would still even exist. Another faster and cheaper blockchain might capture the majority of developers, users, and capital. Or some critical failure of APPC might derail its progress.

Because the probability of guessing the winner is low, it's better to use a portfolio approach and buy all possible contenders, including APPC.