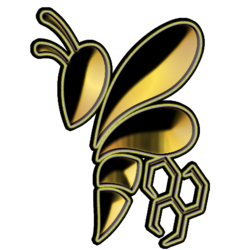 Apidae Token is a token allowing the preservation of bees by investing the funds collected in beekeeping equipment to promote the increase of colonies and make it easier for amateurs to enter the world of beekeeping.

The goal of the Apidae token is to realize a project with decentralized applications on blockchain.

The funds collected with the Apidae token will allow the breeding, the maintenance of the next colonies

beekeepers to make up for their annual losses.

In addition to all this, the Apidae token will facilitate the participation and the implication of people who

have neither the technical capacity, the time nor the space to contribute to this action.

There is no guarantee that In 5 years, APT would still even exist. Another faster and cheaper blockchain might capture the majority of developers, users, and capital. Or some critical failure of APT might derail its progress.

Because the probability of guessing the winner is low, it's better to use a portfolio approach and buy all possible contenders, including APT.