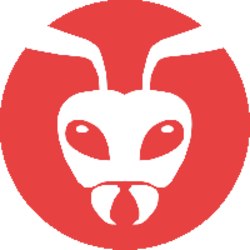 "Avalant is a RPG Play and Earn on Avalanche, where players are Ants working in a colony.

Read the full docs at https://docs.avalant.app"

There is no guarantee that In 5 years, ANTG would still even exist. Another faster and cheaper blockchain might capture the majority of developers, users, and capital. Or some critical failure of ANTG might derail its progress.

Because the probability of guessing the winner is low, it's better to use a portfolio approach and buy all possible contenders, including ANTG.