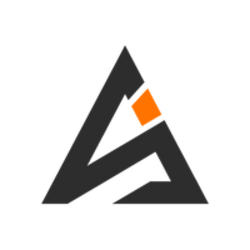 "First-of-its-kind Universal Rewards Protocol empowering its community with a cyclical economic model from a decentralized tax system. Powered by its ecosystem of NFTs, DAO, Play-To-Earn, Hardware Wallet and AltApps & Services. Building commerce of the largest modern scale on an Alternate Universe (Metaverse).

The mother of all soon to be built Apps & Services for Web 3.0 that will generate revenue of rewards back to its community.

Binance Smart Chain rewards token that gives you absolute control over which rewarded coin you receive! Simply by holding Altswitch (ALTS) in your wallet, you gain access to rewards from any of the listed coins on the Binance Smartchain. Take part of the privilege to the unlimited potential of this pioneering smart chain project and be an active member of our community!

There are few projects that offer both actual utility and rewards. This fundamental gap in the crypto space has led to the inception of what is now known today as the Mother of all soon-to-be built apps and services for the Metaverse and Web 3.0 that generates revenue which goes back to its community in the form of dividends; AltSwitch ($ALTS).

AltSwitch has been under extensive development since Q1 of 2021 and is constantly being refined with the ultimate goal of becoming a key figure in the establishment of Web 3.0 and the eventual Metaverse while implementing a cyclical economic model by rewarding taxes back to its community. The project was founded by its CEO BitMax, who then set up an experienced team of individuals who specialize in their respective roles in the organization.

The organizational structure of AltSwitch was set up in such a way that each member of the core team handles their area of expertise. In this way, each member can focus on their area of the project while simultaneously collaborating on areas that require a broader skill set to achieve the best results.

One distinct feature of AltSwitch as a universal rewards token is that it allows its holders to choose and modify their rewards to any cryptocurrency under the Binance Smart Chain (Bitcoin, Ethereum, Solana, etc). The advantage of this key feature is that it remains relevant and timeless as it is not bound/limited to one single cryptocurrency and its price movement.

Simply by holding ALTS investors can enjoy rewards as early as now from the transaction volume and enjoy even greater rewards once utilities are established which will also drive volume as the governing token to transact between utilities will be ALTS. This makes steady accumulation the best approach towards earning more in passive income. These rewards are also automatically distributed by the smart contract which eliminates human error as well as providing the most convenience.

In the long run, the project aims to become a Decentralized Autonomous Organization (DAO) platform that democratizes development efforts and once implemented it will become a platform that allows other developers to build smart contracts on top of the existing technology infrastructure on a plug and play basis for such things as apps, e-stores, and services.

These developments are all aimed towards ultimately becoming a key figure in the realm of Web 3.0 and the Metaverse, where a decentralized tax system is in play and a cyclical economic model that both rewards its community and perpetually sustains it. This is the grand vision of the project and the team behind it.

This project is definitely a major game changer in the crypto space as a first-of-its kind universal rewards protocol in passive income generation. It even outperforms the conventional income generating mediums in the crypto space like ASIC and GPU mining rigs as these come with a hefty up front cost and limited hashrates. In comparison, this project also outperforms other rewards protocols in terms of flexibility as they are hardcoded to provide rewards in either a single cryptocurrency or a limited pool of cryptocurrencies that may no longer be relevant in the coming years as technology progresses and competition overtakes current cryptocurrencies. This is something that the project’s development team anticipates hence, why interoperability is a direction that will be undertaken to keep the project relevant and timeless.

As a commitment to delivering on its goals for the community, AltSwitch’s liquidity is locked for 5 years. This is to reassure investors that the team is dedicated to providing all of the projects proposed developments as well as its vision towards a decentralized tax system that sustains its ecosystem and empowers its community for the long term.

AltSwitch is guided and propelled by its core values from its inception and will continue to progress and operate under this foundation. As with its initials A-L-T-S-W-I-T-C-H, these core values are Authenticity, Longevity, Transparency, Security, Wide Range, Integrity, Technology, Customer Centeredness, and Humanity. All of this combined is what makes AltSwitch a project that people will be able to rely on to deliver on its promises in the years to come. So if you were waiting for the perfect time to seize this opportunity, the time is now; invest and be a Switcher today."

There is no guarantee that In 5 years, ALTS would still even exist. Another faster and cheaper blockchain might capture the majority of developers, users, and capital. Or some critical failure of ALTS might derail its progress.

Because the probability of guessing the winner is low, it's better to use a portfolio approach and buy all possible contenders, including ALTS.