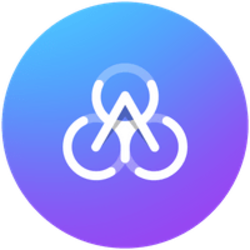 What is All Coins Yield Capital

ACYC is a DeFi 3.0 token specializing in farming as a service for it's holders. The project is based upon the idea that buying and selling transactions are taxed and the funds are then used to reward behaviours.

When the token is bought from a liquidity pool the transactions are taxed 10%. This tax is given to the preexisting holders of the token pro rata to their share of the tokens when the sale was completed. Thus if a holder has 1% of the tokens, they will receive 1% of the tax taken for that transaction. Sell transactions are similarly taxed at 10% although the tax is used differently. Sell side taxes are sent to the projects treasury where a portion of the funds is added to the liqudity pool and locked for a significant amount of time and the remainder of the funds are used to invest on behalf of the token holders.

The returns from these investments are then split with 50% of all profits being returned to token holders pro rata to their holders and a portion of the profits goes to the team managing the portfolio with the remainder used to increase the amount used by the farm such that the farming becomes self sustaining. Over time, the holders will have a voice in the amount of taxes as well as their usage. The team has established industry veterans advising on the best way to invest such as to bring the best returns to token holders.

All Coins Yield Capital vs Stoic

There is no guarantee that In 5 years, ACYC would still even exist. Another faster and cheaper blockchain might capture the majority of developers, users, and capital. Or some critical failure of ACYC might derail its progress.

Because the probability of guessing the winner is low, it's better to use a portfolio approach and buy all possible contenders, including ACYC.