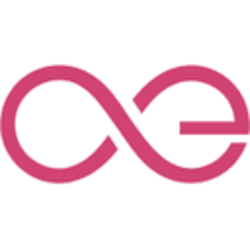 æternity is a public, open-source blockchain protocol that enables a platform for next-generation decentralized applications with high scalability. Its core components are written in the functional programming language Erlang and its smart contract language - Sophia - is also functional. æternity has a stellar team of developers including Robert Virding - co-creator of Erlang, John Hughes - co-designer of Haskell, and Ulf Norell - co-designer of the Agda programming language for formal verification.

Unlike other blockchain platforms, the æternity protocol itself incorporates a number of essential technological features. State channels for off-chain scaling, oracles for real-world information, and a naming system for increased user-friendliness are all implemented on Layer 1. æternity also features SDKs in Javascript, GO, Phyton, Java, as well as a middleware and a development suite that streamline smart contract development.

AE tokens, the native cryptocurrency of the æternity platform, is used for both - an economic unit of account and as ballots in the community-driven on-chain governance votes.

There is no guarantee that In 5 years, AE would still even exist. Another faster and cheaper blockchain might capture the majority of developers, users, and capital. Or some critical failure of AE might derail its progress.

Because the probability of guessing the winner is low, it's better to use a portfolio approach and buy all possible contenders, including AE.