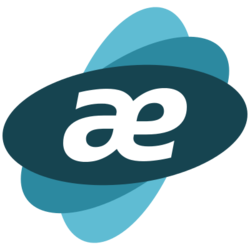 Aeon is a mobile-friendly, lightweight privacy coin. Similar to the way that Litecoin is a lighter supplement to Bitcoin, you can look at Aeon as Monero’s little brother. The Monero community is wholly focused on privacy and anonymity for the end-user. This focus has its perks but has caused the coin to fall behind from a usability standpoint. Aeon builds upon Monero’s CryptoNote hash while adding some lightweight functionality of its own.

Aeon is the lighter, faster version of Monero. Although both projects share the same underlying privacy protocol, CryptoNote, Aeon is striving to be more accessible. The project is doing so by implementing a lightweight mining algorithm, smaller blockchain, and optional anonymity. As Monero grows, Aeon could very well grow with it. While you would use Monero for transactions in which you want to assure privacy, you may find Aeon to be a suitable substitute for day-to-day exchanges in which guaranteed anonymity isn’t as important.

There is no guarantee that In 5 years, AEON would still even exist. Another faster and cheaper blockchain might capture the majority of developers, users, and capital. Or some critical failure of AEON might derail its progress.

Because the probability of guessing the winner is low, it's better to use a portfolio approach and buy all possible contenders, including AEON.