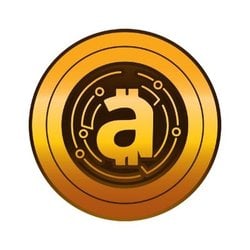 Universe in the 3000s, Adroverse galaxy collapsed! All the planets with life in the galaxy have experienced catastrophic destruction. There are only a handful of survivors left on the space rescue stations scattered throughout the universe.

Adroverse – The Metaverse of Heroes is a series of mobile games and applications that simulates the evolution of the Adroverse galaxy after the catastrophe. Joining Adroverse metaverse, players take the role of 31st century doomsday survivors, having to fight for the survival of themselves and their fellows, and at the same time, conduct financial and economical operations to build their own space cities, in order to conquer the great universe again…

Throughout the metaverse’s many evolutionary eras, players will be led through a variety of compelling scenarios with stage-specific focuses.

There is no guarantee that In 5 years, ADR would still even exist. Another faster and cheaper blockchain might capture the majority of developers, users, and capital. Or some critical failure of ADR might derail its progress.

Because the probability of guessing the winner is low, it's better to use a portfolio approach and buy all possible contenders, including ADR.