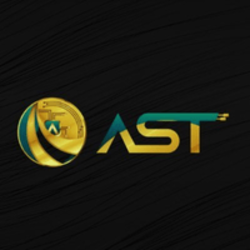 What is Absolute Sync

Absolute Sync Token- Get more Secure with us Digitally

AST is security token is a one-of-a-kind token that represents a stake in an external asset or organisation and is issued on a permissioned blockchain.

A company can move in two directions when developing a brand new asset for the security token offering. The first way is to issue real-life securities and tokenize them via various platforms by using the distributed network as a repository for all the transactions. Blockchain won’t allow the info about securities to become misleading and will provide it with secure and high-speed operating.

There is no guarantee that In 5 years, AST would still even exist. Another faster and cheaper blockchain might capture the majority of developers, users, and capital. Or some critical failure of AST might derail its progress.

Because the probability of guessing the winner is low, it's better to use a portfolio approach and buy all possible contenders, including AST.