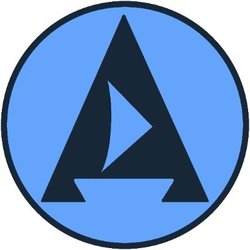 What is Aboat Token

With the ABOAT TOKEN (ABOAT), ABOAT ENTERTAINMENT provides a utility token which, in addition to the pure reward for consuming and providing content, can also be used to unlock premium content, subscriptions and game content.

The ABOAT TOKEN is created by Aboat Entertainment UG (limited liability) and managed by two smart contracts after initial distribution. These smart contracts consist of:

· Master Entertainer: 40% of the maximum number of ABOAT TOKENs are reserved for the Master Entertainer. This can distribute the coins in the form of staking/yield farming. This contract will not be refilled and will expire once all ABOAT are distributed.

· Reward System: The reward system initially receives 10% of the maximum number of ABOAT TOKENs and is e.g. B. refilled by the transaction fees. In the future, further systems will be added to return part of the ABOAT to the reward system and thus create deflation. The reward system serves to incentivize content and distributes ABOAT depending on the Oracle service. The Oracle Service is the interface between the backend and the smart contract.

There is no guarantee that In 5 years, ABOAT would still even exist. Another faster and cheaper blockchain might capture the majority of developers, users, and capital. Or some critical failure of ABOAT might derail its progress.

Because the probability of guessing the winner is low, it's better to use a portfolio approach and buy all possible contenders, including ABOAT.