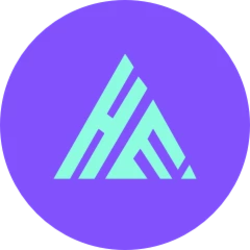 AbeatsHero is a gaming world where heroes grow and fight.The player's goal is to fight, breed, collect, train and build their own clan for their heroes. Players can enjoy the fun of the game and work towards the goal of earning more income while obtaining the real monetary value of the economic system through the play to earn mechanism.

AHE is the game token of AbeatsHero with total supply of 20,000,000,000. Users can use AHE for card, star and level upgrades as well as tickets for gaming events. AHE can be earned through in-game play and marketing campaigns, or purchased at exchanges after the AbeatsHero launch.

There is no guarantee that In 5 years, AHE would still even exist. Another faster and cheaper blockchain might capture the majority of developers, users, and capital. Or some critical failure of AHE might derail its progress.

Because the probability of guessing the winner is low, it's better to use a portfolio approach and buy all possible contenders, including AHE.