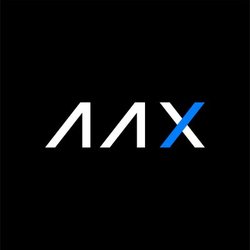 More than a token, AAB is an integral part of AAX, providing special benefits to users, and a means to be part of the growth of the exchange.

It is built to serve as a bridge between digital and traditional assets, retail and professional traders, takers and market makers, the exchange and its partners, and it will be deeply integrated with AAX’s upcoming products expansion.

We like to think of AAB as digital umami – it adds that extra touch, that next-level flavor, that hard-to-define dimension – the missing piece that makes everything taste slightly better.

In total, 50 million AAB is to be issued as an ERC-20 token on the Ethereum blockchain, and it will initially be valued at 1 USDT each.

There is no guarantee that In 5 years, AAB would still even exist. Another faster and cheaper blockchain might capture the majority of developers, users, and capital. Or some critical failure of AAB might derail its progress.

Because the probability of guessing the winner is low, it's better to use a portfolio approach and buy all possible contenders, including AAB.