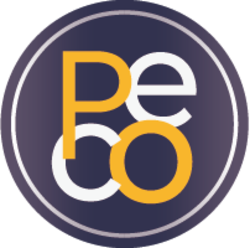 1eco Limited's '1eco World' is a blockchain technology-based C2E platform that rewards its users as much as it contributes to solving both big and small real-world societal problems in fields such as environmental issues, local market, healthcare, and commerce.

Users can receive Residency and Citizenship in 1eco World and engage in various ecosystem activities within the Interverse. These activities will directly impact the real-world problems that 1eco is trying to solve, and 1eco will manage the rewards system for its contributors transparently and fairly.

In the Interverse, users can contribute to the ecosystem and form new communities with other participating users, and by acquiring virtual jobs, users can receive even more rewards through various contribution activities. In addition, 1eco World's Interverse will feature flexible participation between users and real-world businesses, allowing them to freely build economic activities and business models with each other.

1eco World operates based on two virtual currencies: 1eco Limited issues [1ECO], a governance coin, and [1PECO], a utility coin within the ecosystem.

There is no guarantee that In 5 years, 1PECO would still even exist. Another faster and cheaper blockchain might capture the majority of developers, users, and capital. Or some critical failure of 1PECO might derail its progress.

Because the probability of guessing the winner is low, it's better to use a portfolio approach and buy all possible contenders, including 1PECO.