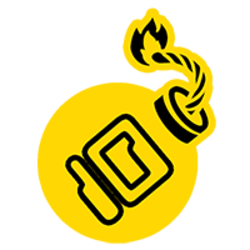 10mb Finance is the algorithmic stablecoin protocol pegged to 1/10 USDC on the Cronos Network!

The peg is maintained by two different methods:

1. Seigniorage, similar to Tomb, Dark Crypto, and other forks, and

2. Fractional collateralization, with minting and redemption, similar to Frax and Iron Finance

The 10SHARE token is the governance token of both the Tomb fork and Iron Finance parts. 10mb is the peg token!

There is no guarantee that In 5 years, 10SHARE would still even exist. Another faster and cheaper blockchain might capture the majority of developers, users, and capital. Or some critical failure of 10SHARE might derail its progress.

Because the probability of guessing the winner is low, it's better to use a portfolio approach and buy all possible contenders, including 10SHARE.