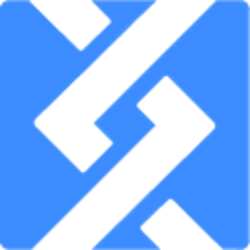 The protocol also uses fungible tokens known as ZXC as utility tokens in the system and comply with the ERC20 standard on the Ethereum blockchain. The tokens are used to support decentralized applications that are built on top of the protocol. The role of the token is to be a mechanism used as an incentive and to support the entire ecosystem.

The flexible nature of the 0xcert protocol infrastructure ensures that interoperability is achieved among decentralized applications. The protocol is flexible enough to support a variety of business models.The availability of the protocol's pluggable framework allows for the reduction of the time used during the building of decentralized applications.The protocol contains a registry of issuers that have been verified on the network, which allows for the authentication of issuers as well as knowing their validity. A common registry reduces the time taken for verification and reduces business risk.

There is no guarantee that In 5 years, ZXC would still even exist. Another faster and cheaper blockchain might capture the majority of developers, users, and capital. Or some critical failure of ZXC might derail its progress.

Because the probability of guessing the winner is low, it's better to use a portfolio approach and buy all possible contenders, including ZXC.